Wang Weimin, deputy director of the State Administration of Taxation of Jinhua City, and his party came to Wanzhou Group to carry out "three services" activities 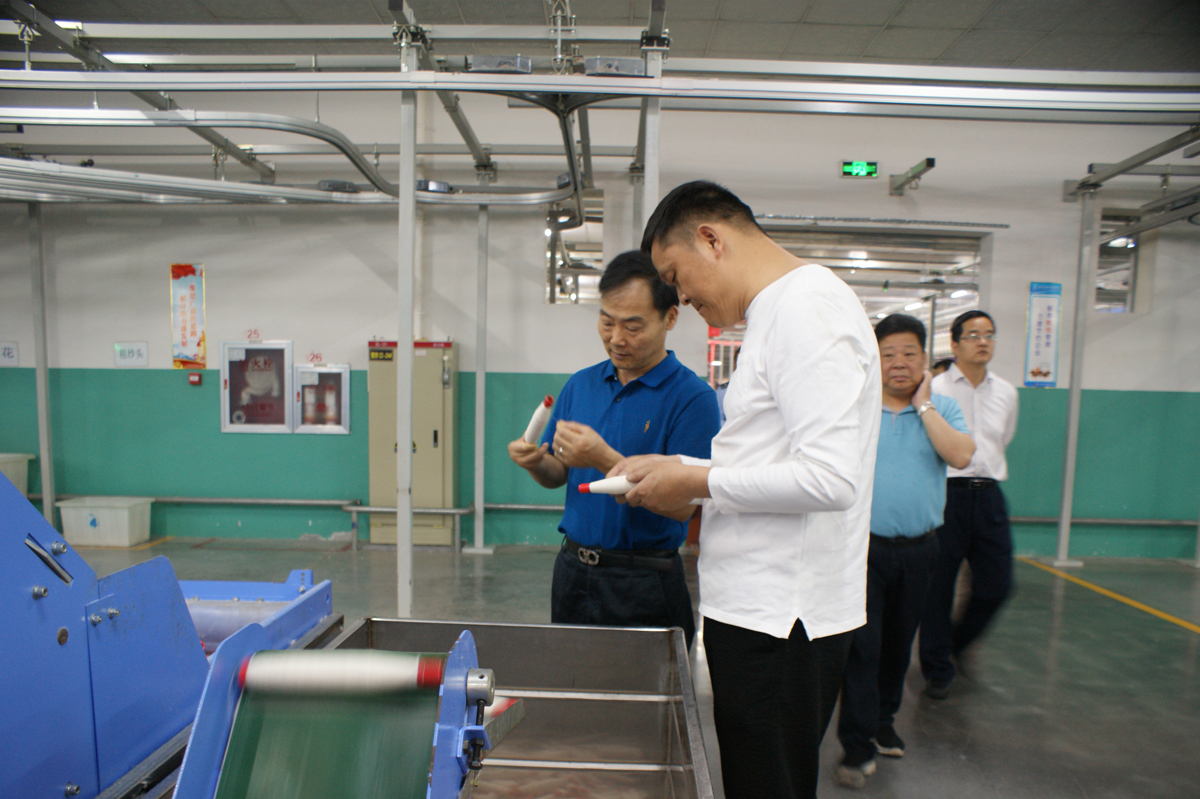 At 9 am on April 25, Wang Weimin, deputy director of the State Administration of Taxation Jinhua Municipal Taxation Bureau, accompanied by Wang Desheng, deputy director of the Lanxi Taxation Bureau, and related personnel, came to Wanzhou Holding Group to carry out "three services" activities. Yao Ruipeng, Chairman and President of the Group, Xu Jianzhong, Secretary of the Party Committee and Executive Vice President, welcomed Wang Weimin and his party.

Afterwards, Deputy Director Wang Weimin and his party came to the conference room of the Group's R & D Center for a discussion. At the meeting, Chairman Yao Ruipeng expressed his gratitude for the support of the national taxation department and related policies, and reported to the Deputy Director Wang Weimin on the group's scale, production and operation, employment, and the goals and ideas of the group's subsequent development.

After listening to Yao Ruipeng's report, Deputy Director Wang Weimin expressed his wonder at the scale of Wanzhou Holdings Group, and asked about the impact of "tax and fee reduction" on enterprises. He emphasized that in order for enterprises to fully enjoy national policies and promote the progress of government and enterprises, he hoped that Lanxi would have more large enterprises like Wanzhou to further promote regional economic development.