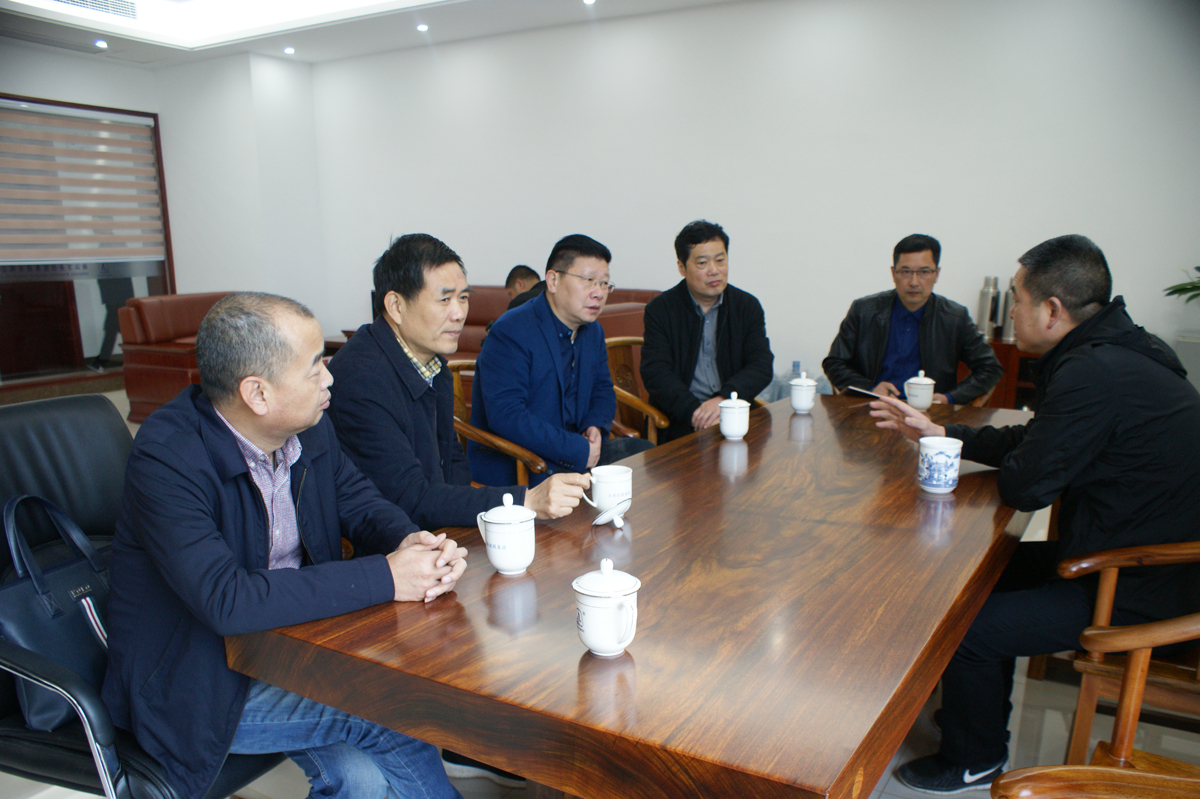 On the morning of April 3, Liu Chengzhi, director of the Standing Committee of the Lanxi Municipal People's Congress, led the team with Shao Maoliang, Xu Yaping, and related personnel to Wanzhou to carry out the "three services" activity. Xu Jianzhong, Party Secretary and Executive Vice President of the Group, received Director Liu Chengzhi and his party.

During the visit, Liu Chengzhi and his party learned from Secretary Xu Jianzhong the development of Wanzhou, the scale of the company, the number of employees, the group's output value, performance, and integration of the two industries. They were particularly concerned about the problems encountered by the company in the development process. We also conducted further exchanges and guidance on the operation, recruitment, system and management process construction of the group since its establishment. Secretary Xu Jianzhong also reported to Director Liu Chengzhi and his entourage the group's future development plans (focusing on the third and fourth phase construction plans), the construction of digital workshops, and the company's investment and implementation of cultural construction.

While expressing affirmation of Wanzhou's various work, Liu Chengzhi and his party also affirmed Wanzhou's position in the Lanxi textile industry and highly praised the company's four operators for "strong alliance and mutual trust", and hoped that Wanzhou would become more powerful.